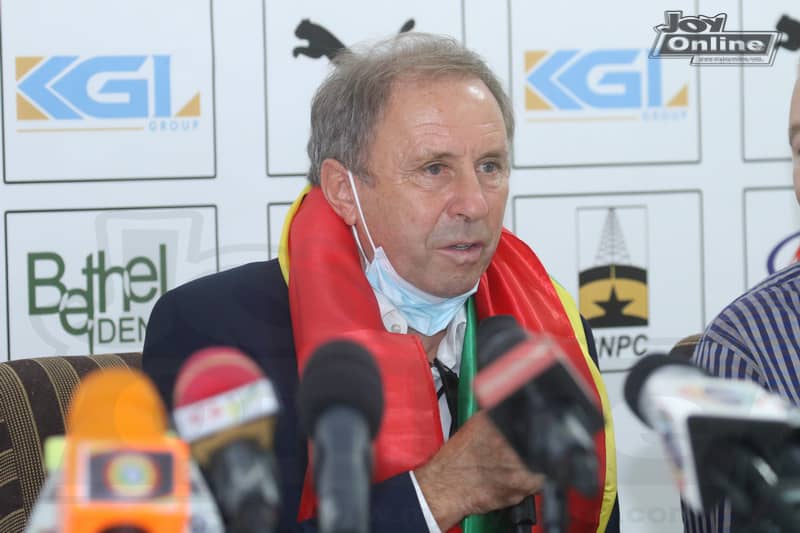 New Ghana coach Milovan Rajevac has launched a new attack on Luis Suarez insisting but for the cheating Uruguay attacker, the Black Stars would have made World Cup history.

Th Serbian manager revisited the issue on Friday when he was re-appointed to lead the Black Stars again, 11 years after the hand of Suarez prevented the West African country from reaching he semi-finals.

Rajevac was announced as the new coach of the Black Stars to his post that he was in when the west African nation reached the quarter-finals of the World Cup in 2010.

The Black Stars were on the edge of clinching a historic semi-final appearance when Dominic Adiyiah's shot was bundled out by the Uruguayan attacker.

Suarez moved his arms upwards and struck the ball off, for which Suarez was given his marching orders.

The resultant penalty by Asamoah Gyan smashed the bar, and the Black Stars went on to lose the penalties which prevented Ghana from becoming the first African country to reach the World Cup last four.

Rajevac, who was the head for the Black Stars in South Africa, believes Ghana could have been world champions had the Uruguayan not cheated.

"If Suarez hadn’t done what he did, we might have been world champions,” the Serbian coach concluded.

Rajevac signed for a one-year contract on Friday with the possibility to extending it for another year according to Ghana FA.

The 67-year-old Rajevac is left with limited time to prepare for his first game, with the two World Cup qualifiers coming up against Zimbabwe in the coming two weeks.

He replaced Charles Akonnor, who was fired after Ghana scored three points in their initial two Group G qualifiers earlier this month.

The Black Stars struggled to beat Ethiopia by 1-0 in their home stadium on September. 3. Then they were defeated by South Africa in Johannesburg three days later.

Ghana will take on Zimbabwe in Cape Coast on Oct. 9 before departing for the return leg Harare three days later.

There are two additional World Cup qualifiers in November and, if Ghana triumph in their group, they'll move on to play-offs later in the month of March next year, to decide the five representatives from Africa to Qatar 2022.

Rajevac will also lead Ghana to the Africa Cup of Nations finals in Cameroon.

He was the previous Ghana manager from the year 2008 until 2010, which included the World Cup in South Africa which they lost to Uruguay with penalties after the match in the quarterfinals, narrowly missing out being Ghana's first African nation to make it to the final four.

Rajevac later transferred to an enticing post as Qatar coach. Later, he became the head for Algeria in addition to Thailand.