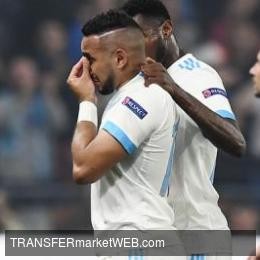 Introducing EL opener against Eintracht Frankfurt, Olympique Marseille captain and attacking midfielder Dimitri Payet stated: "I have already played in difficult situations, but I have never experienced those conditions (lots of injuries in the roster, Reporter's Note). It's a disaster luck, but we will have to ignore this troubles, for accomplishing the right performance, and manage to win. We know it will be difficult for us to put the ingredients to make the task more achievable. Kevin Strootman? I knew him already, when we, as France, faced Netherlands. He is a player who brings us his experience, his qualities. He is a player whom we love to play with.

Sakai? Hiroki is a very consistent player in his performances since he's in Ligue 1, he's someone we can depend on. He is one of the best straight side of the championship. He had a little delay in preparation after the World Cup, but he delivered for example a great match in Monaco. He is a very important player in the group. Mitroglou is a position player. He is always on the lookout. When I have the ball, I know where it is.

If we collect eight points, we won't pass, unlike last year. Our group is raised and homogeneous. We will be in need to win Thursday night, against the Germans, to take the lead of the group. We will be able to keep on riding this competition only by collecting a lot of points".

Do you have information you want to share with Ghanasoccernet.com? Here’s how